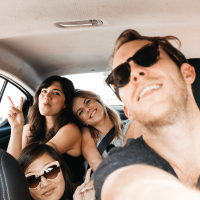 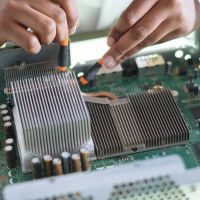 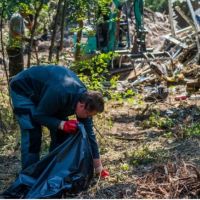 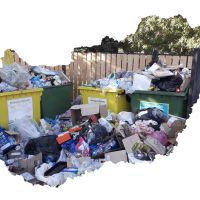 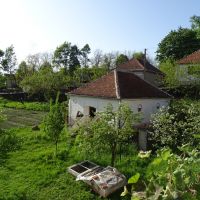 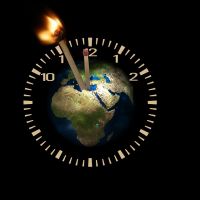 Imagine a community where nothing goes to waste. Instead, every material and object is recycled and turned into something useful.

Zero-waste efforts are underway in a number of communities around the world. Cities are adopting new principles and changing the way waste is handled and managed. They are also demonstrating that eliminating waste is not only environmentally beneficial, but also economically advantageous.

From San Francisco to the Philippines to Taiwan, cities are adopting innovative waste management strategies for consuming resources and managing waste that ensure discarded objects are being returned to nature or remanufactured.

In Europe, according to the Netherlands-based environmental group Zero Waste Europe (ZWE), there exists a project known as Contarina, a coalition of 50 municipalities of over 550,000 habitants from the cities in Italy.* Judged “as the best-performing districts in Italy and probably Europe” by ZWE, Contarina is not only the pioneer in source separation, it has also developed impressive waste prevention policies that surpass all other initiatives in Europe.

“Contarina has achieved a waste diversion rate of 85 percent last year, while its waste generation per capita at 50 kilograms, per person, is the lowest in Europe,” said Joan Marc, Executive Director of ZWE.

The average waste diversion - directing garbage away from landfills or incinerators through, reuse, recycling, composting or gas production through anaerobic digestion in Europe, is 250 kilograms per capita, according to ZWE.

Contarina claims that its success is based on a curb-side collection system termed “pay as you throw”, where the cost of collection of waste varies with the amount of waste generated by the user. That “provides an incentive to behave well, indulge in more home composting, thereby reducing waste,” said a Contarina official.

Contarina has a strong commitment to raising awareness for environmental protection and sustainable development. It achieves this by conducting activities like promotion of best practices for resources use, and environmental education activities for families and businesses. For instance, to reduce household waste to minimum, Contarina residents are encouraged to use washable nappies and to compost food waste in every household.

The program’s  ''zero-waste” commitment is aimed at hitting a residual waste generation target of 10 kilograms per capita per year by 2022. It also aims to increase participation in household composting to 80 percent (from 40 percent currently) to reach a waste diversion level of 96.7 percent by then.

Though not true zero waste, “it means getting very close to zero by 2022 since 10 kg of residual waste per person per year means wasting just a few grams every day. Probably once we get there we will explore how to reduce that to zero. In any case what matters is walking in the right direction and never stopping and this is what Contarina is committed to do,” said Marc.

Meanwhile, in San Francisco, diverting all waste from landfills and incinerators is foreseeable reality. San Francisco is leading the march to ‘zero-waste’ in the U.S. and has one of the most comprehensive zero-waste strategies. City officials believe it will lead the city to its goal of keeping 100 percent of its waste out of landfills by 2020.

The city’s journey to zero-waste started in 1989 through a state law, the Integrated Waste Management Act requiring cities and counties to divert 25 percent of municipal solid waste by 1995 and 50 percent by 2000. In 2002, the city set an ambitious goal to achieve zero waste disposals by 2020. Since then two important waste reduction laws like the Construction and Demolition Debris Recovery Ordinance of 2006 and the Food Service Waste reduction Ordinance of 2007, pushed the city to increase the recycle rate. In 2009, the city introduced another law that mandated recycling and composting for all residents and businesses. This law also requires citizens to sort plastics, aluminium and papers into blue bins and garbage in black "landfill" bins.

Besides strict waste disposal laws, San Francisco uses the services of a local waste hauling company, Recology, an integrated resource recovery company that collects and processes refuse, reclaiming useful materials that would have otherwise been buried in a landfill. The company also runs transfer stations, materials recovery facilities, and a small number of landfills.

According to Global Alliance for Incinerator Alternatives (GAIA), a worldwide alliance of more than 650 grassroots groups, the Philippines is pursuing zero-waste with both bottom-up planning and community participation. While all levels of government share responsibility for managing waste, residents and non-profit allies have joined hands to meet the zero-waste goals.

And the outcome has been impressive; just a few years back no village had even thought of waste diversion from incineration. But now 25 villages or barangays, have local ordinances on waste management that specifically ban open burning and dumping and mandated household waste separation and composting.

In the Chilean community of La Pintana however, a completely different motivation is driving the ‘zero waste’ goal; the realization that recycling its largest waste segment, vegetable and organic waste, can actually save them money.

Local authorities there figured that it matters little who is creating waste. More important is how efficiently it is handled and how quickly it is processed or composted. The municipality also realized that the community had to look at waste differently; not treat waste as something to get rid of but as a resource that could earn them money.

Consequently a solution emerged in the form of localized treatment plants and soon each of its 52 communities had one that handles 18 tons of vegetable waste per day, and a vermiculture area treating another around 20 more tons per day.

Residents of each household were also urged and trained to segregate organic waste and were provided with a 35-litre bin to collect the waste.

In this system of waste collection, every household is encouraged to separate vegetable waste from other types of waste, which is then collected by recyclers who sell it to the municipality-funded treatment plants.

While the recyclers earn money from selling the vegetable waste, residents get indirect benefit of receiving free compost for improving their neighborhoods by planting of new trees, maintenance of surrounding greens, etc., that improve their quality of life and their relationship with the environment.

Today, according to a recent study by Chile’s Organization for Economic Cooperation and Development (OECD), 35 tons of vegetables are collected daily that involve a saving of 350,000 pesos (approx. US$ 700) a day to the municipality. Additionally, the municipality recycles used oil collected from homes and businesses. This churns out 100 litres of biodiesel per month that is used as a fuel additive in the collection trucks.

According to OECD, La Pintana’s participation rate is still a long way from peaking; just about 19 percent of organic waste generated by the approximate 182,000 inhabitants of the municipality of La Pintana is recycled. Still, the waste recovery program is steadily growing since its launch in 2005, while “it is an exemplary instance of environmental innovation that has earned the community significant recognition nationally and internationally,” according to OECD.

Faced with a waste crisis in the 1980s caused by lack of space for landfilling, the government of Taiwan turned to large-scale incineration. This method did not sit well with residents, who fiercely opposed the construction of dozens of incinerators. In response to the public outcry the government chose instead to adopt goals and programs for waste prevention and recycling.

Yielding to that community pressure resulted in the formation of Taiwan Environmental Protection Administration (TEPA in 2003). In that year TEPA initiated a new approach to waste management marking a milestone towards sustainable use of the resources and a zero-waste policy.

Although the initial policy included incineration, further community protests forced the officials to prioritize waste reduction and recycling. Accordingly, a waste separation mandate was imposed requiring all households to sort their waste into recyclables, food waste, and residual waste. That led to a novel way of disposal where three-quarters of the food waste is now sent to pig farms while the rest is composted.

That apart, TEPA’s new strategy also forced businesses to be responsible for reducing waste and meet recycling targets for post-consumer items like PET bottles, tires, containers, batteries, vehicles, waste electrical items, and the like. For instance, restaurants can now only use reusable, rather than disposable, chopsticks, which has cut chopstick use by 44 million pairs per year.

Taiwan also went forward with the implementation of a ‘pay-as-you-throw’ system in which households are required to buy certified bags for their residual waste. The program, introduced in 2008, has also helped residual waste production to drop by 50 percent, according to official numbers.

According to Taiwan Watch Institute (TWI), one of the community activists, zero-waste is emerging as Taiwan’s biggest challenge. “Taiwan is an industrial nation that makes its zero-waste goal complex and challenging, hence it is still far away from zero-waste goal”, said Herlin Hsieh, former secretary general of TWI.

Yet community activism persists. “We are continuing with our effort to incorporate a zero-waste law that will require the TEPA and the industry recognize Taiwan’s waste reduction issue and adoption of real solutions,” said Hsieh.

According to Global Anti-Incinerator Alliance, the variety of approaches adopted in these communities reflects that there could be many solutions to the same goal. And although some have shown remarkable results and some haven't, these are still enlightening examples of how the various elements function in the real world, and in a wide variety of economic, cultural and political contexts.