Nearly Half the World’s Trash Is Burned, and That’s Worsening Climate Change

New study reveales that roughly 41 percent of the world’s trash is burned, mostly in open air contributing to climate change and affecting human health. Emissions from pollutants and their harms are underestimated as unregulated burning are rarely reported.

Nearly half the world’s trash is burned in the open, spewing pollutants into the atmosphere that contribute to climate change and affect human health, according to a new study.

Since such burning is largely unregulated and unreported, emissions of some pollutants have been underestimated by as much as 40 percent, said the researchers, who published their findings in the journal Environmental Science & Technology.

“I was shocked at the numbers,” said Christine Wiedinmyer, an atmospheric scientist at the National Center for Atmospheric Research and the study’s lead author. “They were much larger than I expected, particularly the air pollutants.”

Every year 970 million metric tons of food, paper, plastics, and metals are set aflame at homes, businesses, and dumps—roughly 41 percent of the world’s garbage, according to the study.

The garbage problem is likely to get worse. Researchers predict the world will triple its production of garbage to more than 11 million tons daily by 2100.

Fires can spring up at dumps with little warning. A fire in Iqaluit, the capital of the Canadian territory of Nunavut, broke out in May and burned for almost 100 days before fire crews began dousing the flames of the “dumpcano.” In March, a dump fire outside Bangkok blanketed neighborhoods with so much thick smoke that it could be seen by satellites.

Heavily populated countries, including China, the United States, India, Japan, Brazil, and Germany, produce the most waste, according to the study. China, India, Brazil, Mexico, Pakistan, and Turkey generate the most emissions from trash burning.

Trash burning produces mercury, chemicals known as polycyclic aromatic hydrocarbons, and fine particulate matter. These pollutants have been linked to heart and lung disease, neurological disorders, and cancer. Annual emissions of mercury and PAHs may have been underestimated by 10 to 40 percent, the researchers said.

Trash burning may also be clogging the air with far more particulate matter than was previously thought. A global tally of reported pollutants indicated that 34 million kilograms of tiny airborne particles called PM 2.5 are released into the air annually.

Wiedinmyer and her colleagues calculate that open burning shoots another 10 million kilograms into the atmosphere—an increase of 29 percent. In Sri Lanka, garbage burning produced five times more emissions of PM 10 (a larger particle) than was included in the official national tally.

These particles can penetrate deep into the lungs and have been associated with heart disease, asthma, and premature death. About 3.7 million people die prematurely from outdoor air pollution, according to the World Health Organization.

Open burning of garbage is closely related to poverty. Unregulated dump fires may be adjacent to settlements, putting the families that live there, especially women and children, at risk of health complications from the pollution. Some of these families derive income from the dump, removing valuable materials for resale.

The contribution of garbage burning to global carbon dioxide emissions is relatively small—only 5 percent of the 2010 global annual emissions. But on a country-by-country basis, it can be quite large. The study found that trash burning in Lesotho, Burundi, Mali, Somalia, and Sri Lanka produced more carbon dioxide than was recorded by the official registers.

Emissions from open burning of trash are rarely reported by environmental agencies, meaning the pollution goes uncounted and is left out of policy decisions.

Brian Gullett, an environmental engineer at the United States Environmental Protection Agency and a coauthor of the paper, pointed out how difficult it is to calculate the emissions that come from open burning. Unlike with coal-burning power plants, no one knows the exact number of garbage-burning fires, and it can be difficult to trap and analyze the emissions.

Knowing where pollutants come from doesn’t change the burden they place on health, said Patrick Kinney, an expert on health and air pollution at Columbia University. But it does point to “which sources to go after in controlling the problem.”

Said Wiedinmyer, “If we’re looking at air pollution control strategies, we need to include all sources of air pollutants to get the most effective controls in place. If we’re missing a large source, it could lead to control strategies that aren’t going to work at all, or as well.” 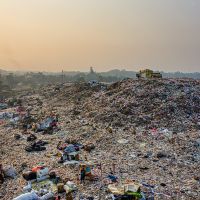 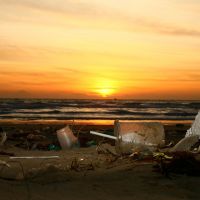 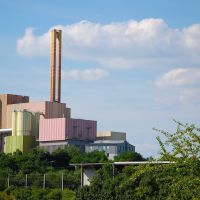 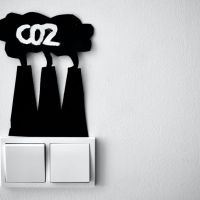 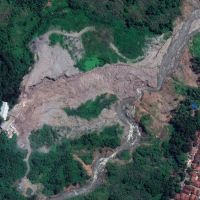 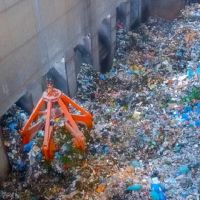 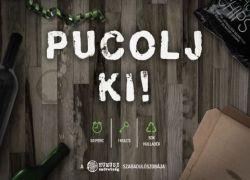 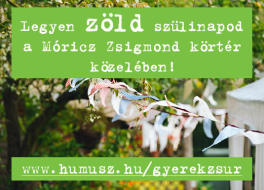