The European Commission has stepped back from plans to scrap ambitious waste recycling and air quality targets, following an outcry after they were leaked, but both pieces of legislation will be heavily amended.

Last week the Guardian reported that a clean air directive designed to reduce the health impacts from air pollution and a waste directive that would set states the target of recycling 70% of waste by 2030 were at risk. But on Tuesday the commission’s vice president Frans Timmermans rowed back on the original plans to axe them.

“The Commission has backed down from scrapping these environmental proposals entirely, but we must now prevent them from being watered-down,” said the Liberal Democrat MEP Catherine Bearder.

The clean air package would have set more stringent pollution emission limits than ever before, including regulation of harmful substances such as fine particulate matter (PM2.5) for the first time. EU analysts believe that the measures would save 58,000 premature deaths a year, with annual health benefits of between €40bn and €140bn.

But the proposal will now be adapted and repackaged as an adjunct to the EU’s 2030 climate and energy targets, in a more appetising way for industry and EU states, Timmermans said.

“We will bring forward a modified [air quality] programme that will better reflect synergies with the 2030 energy and climate package and reduce unnecessary burdens,” he told the European Parliament in Strasbourg. “We are not compromising on the goals we want to attain, but looking critically at the methods we can bring to bear so that we have a measure we can implement soon.”

Timmermans said the proposal had to be put on ice because of an emerging gap between what Parliament and EU states might see as an “acceptable outcome” to negotiations.

The repackaging of the legislation reflects cross-party opposition to its abandonment but concerns will be rife that a weakened version could now be added to the 2030 package, offering MEPs a take-it-or-leave-it choice.

“I still feel deeply disappointed that the current proposal will be withdrawn,” the Labour MEP Seb Dance told the Guardian. “Public health should come before politics. The European Union has always led the way in protecting the environment and we shouldn’t shy away from that now.”

Janez Potočnik, the former European environment commissioner, said: “It would be a more convincing message from the Juncker commission if they did not propose to withdraw the [waste] package, but rather amend and strengthen the areas where they think it is not sufficiently broad or is lacking ambition.”

“I am pleased that the Juncker commission has confirmed its commitment to the [air quality] package. However it remains to be seen how it intends to revise the National Emissions Ceiling Directive. Results on the ground are very important in this case. For some of our citizens, it is actually a matter of a better or an impaired life, in some cases even the possibility of premature death.”

The waste directive, known as the circular economy package, would have phased out landfill dumping by 2025 and set a 90% recycling rate for paper. By 2030, EU states would need to recycle 70% of their municipal waste, 80% of product packaging, 60% of plastics, 80% of wood and 90% of ferrous metal, aluminium and glass.

“Waste prevention, ecodesign, reuse and similar measures could bring net savings of € 600 billion, or 8 % of annual turnover, for businesses in the EU, while reducing total annual greenhouse gas emissions by 2-4 %,” a communication for the proposal said.

Europe’s influential employers federation BusinessEurope had pushed hard for today’s outcome, arguing that air quality objectives would punish industry for agricultural emissions. Waste productivity targets should be removed from the circular economy package, which needed then to be reformulated as “an economic piece of legislation” the group said.

“There is now a compelling body of evidence to suggest that the economic value of pursuing a circular economy is as strong, if not stronger, than the environmental benefits that accompany it,” said the EEF, which represents British manufacturers, in a reaction welcoming Timmermans announcement.

Europe suffers from a shortage of many critical resources, and an inefficient and wasteful use of those available. But putting the profitability argument before an environmental one stirs fears of a cherry-picking proposal focused on measures that bring short term returns on investment.

Ariel Brunner, the head of Birdlife Europe and current chair of the G10 group of green NGOs said that caving-in to BusinessEurope was “a colossal strategic blunder” that would damage the EU’s credibility.

Philippe Lamberts, the Green Party’s co-president commented: “Despite his smoke and mirrors in the European Parliament today, it is clear that the Commission is sharpening its knives to cut a number of important legislative proposals. Axing crucial social, environmental and health legislation is not ‘better regulation’ it is an ideologically-biased sop to polluting industry lobbies, which is totally at odds with the public interest and also with commissioner Timmermans’ sustainability brief.”

END_OF_DOCUMENT_TOKEN_TO_BE_REPLACED 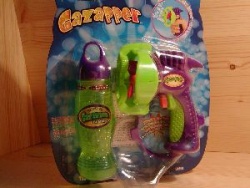