Why China's waste pickers are a better alternative to incineration 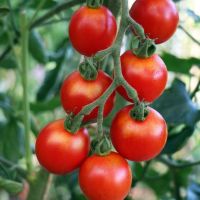 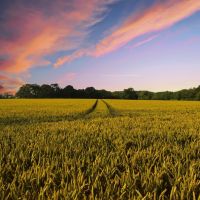 The informal recycling sector is helping tackle the country’s growing levels of rubbish, but people making a living out of sorting waste need support.

Zhang Jinling is picking cardboard boxes from a trash can on the side of the road in a downtown area of Shanghai. She empties the boxes, folds them and puts them on a trailer hitched to a bicycle. She also buys cardboard from residents in the houses on the same street, purchasing it for 2.5 mao (less than 3p) for a pile. When her trailer is full, she takes the load to a recycling market on the outskirts of the city where she sells each pile for a 1p profit. Markets like these sort waste into different materials and sell it to bigger markets where it ends up at big industrial recycling plants for individual materials.

Jinling is one of hundreds of thousands of waste pickers working in cities across China sorting through other people’s rubbish, removing and sorting anything that can be recycled and selling it for a meagre profit. Most people working in this sector are migrant workers from the countryside who come to big cities to try to make a living.

Further down the street, Guan (who didn’t wish to give his full name) is buying cardboard from a small fruit shop. He has been doing this job for almost eight years and makes a daily profit of £10.

Guan and Jinling are collecting recyclables in one of Shanghai’s most desirable and expensive neighbourhoods but their living standards are very different from the people who live there.

Jinling lives with her husband in a 6 metre square apartment in a compound where thousands of other migrant workers live. “I would prefer not to do this work,” she says. “I would rather work for a factory or company.”

The government has little or no involvement in recycling in cities, says Chen Liwen, a researcher with with Nature University. “China’s recycling is market orientated, there is no government control from the collection to the disposal of materials,” she says.

As China has developed rapidly and its citizens become more affluent, increasing amounts of rubbish are being generated. Shanghai, a city of around 24 million people, currently produces 22,000 tons of rubbish a day and the city is running out of landfill space. Liwen says that more and more waste is being generated and an increasing amount of materials that could be recycled are ending up in landfill.

Workers like Guan and Jinling ensure not all materials end up in landfill, but price fluctuations can make the informal recycling unpredictable. If it becomes less profitable for waste pickers to collect and sell a particular material, it’s unlikely to be recycled. For example, the price waste pickers get for glass bottles has recently fallen, so without an incentive of profit, glass is increasingly ending up in landfill.

Because of falling prices, the numbers of waste pickers are starting to dwindle. Guan says: “The price is going down and more people are going to work in factory and construction work.”

As China’s levels of rubbish grows, the government has looked to incineration. According to local news reports, four new incineration plants are to be opened in Shanghai and city officials estimate that by 2016, 70% of the city’s household waste will be incinerated. However, incineration is becoming controversial among the public in China due to environmental concerns and there have been protests against proposed plants. In April, plans for an incinerator in Guangdong province in southern China were scrapped by the local authorities after a mass protest.

Environmental campaigners also say that incineration doesn’t deal with the root causes of China’s waste problem. “Because you are building more and more incinerators people don’t care about waste, they just throw away,” says Liwen.

The government in Shanghai and other cities have made some efforts to introduce centralised recycling systems. Last year, Shanghai set a rubbish sorting target of 95% as part of a three year initiative. But despite efforts public awareness of recycling and waste reduction remains low.

Liwen says that the informal recycling system is so widespread and efficient that instead of trying to get rid of it or replace it the government should work with it to improve recycling levels. “I don’t think they should destroy the current informal recycling system. What they need to do is to give them more space, to give them support because the current system is very good,” she said.

END_OF_DOCUMENT_TOKEN_TO_BE_REPLACED 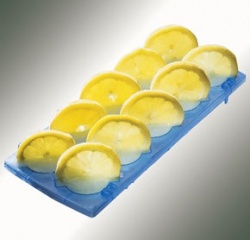