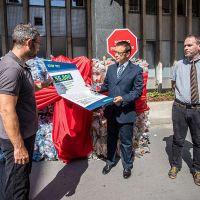 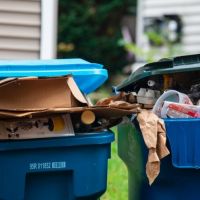 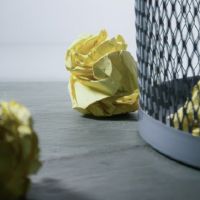 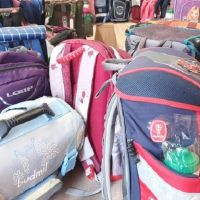 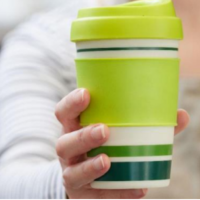 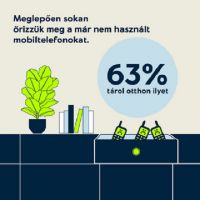 The European Union is charting a course to the circular economy. Last July the Commission proposed a set of more ambitious waste targets, the key target being 70% recycling of municipal waste and 80% recycling of packaging waste by 2030. From 2025 landfilling of recyclable waste will be prohibited. The waste sector expects to profit from these ambitious targets.

The new waste targets are a considerable challenge for the European Union, especially the member states that are failing to meet the current targets. The tighter targets are part of a review of three EU directives: the Waste Framework Directive, the Landfill Directive and the Packaging and Packaging Waste Directive. The European Commission took the opportunity presented by the review to re-examine the existing strategies for sustainability and raw materials efficiency. 'The policies were not consistent with each other', explains Michel Sponar, who heads the review at the Commission. According to Sponar the Commission staff have given considerable thought to the new waste targets, which he calls 'ambitious, but realistic'. The Commission has exhaustively analysed the waste policies of all the member states, identified best practices and consulted with stakeholders. The Commission works with targets and leaves it primarily to the market and local authorities to bring about the changes in waste policy. 'These targets are intended to create long-term certainty to stimulate the market to make substantial investments.'

What do the market players think of the proposed package of measures? David Palmer-Jones, chair of FEAD, applauds the Commission’s new course. 'Moving towards a circular economy will create jobs. This package provides an opportunity for the waste sector to grow and secure market continuity. We need a regulatory intervention to establish a level playing field in the European waste market.' Palmer-Jones believes the proposed targets are 'very ambitious' and so all involved will have to put their best foot forward. 'We must make use of the tremendous body of expertise available in countries like the Netherlands to pull other member states into line. The European Union can provide the funds needed to build this knowledge base.'

Not everyone thinks the proposals are that ambitious. 'This is a good moment to set the bar a bit higher. A few countries will have to pull out all the stops, but if we really want to move to a more circular economy, we will have to go much further', says Heijo Scharff, who is responsible for research and development at Afvalzorg. He sees the Commission's package more as the articulation of a transitional phase and full of non-binding proposals. 'It lacks a clearly formulated goal,' says Scharff, 'and the proposed methods and targets are a bit shaky. They should be much more specific. The focus should be much more on products and less on residual waste.'

Scharff's criticism is not unexpected. Recycling rates in the different member states vary enormously and monitoring and measurement methods also differ. For example, in France municipal waste is still classified as municipal waste even after recycling. 'It is hard to formulate horizontal targets that represent a step forward for everyone', acknowledges Sponar. Scharff also has some specific complaints. For one thing, he claims that residual waste is defined in such a way that member states will be forced to treat some wastes even when this would have no environmental benefit and may even be risky. 'Asbestos and clay contaminated with heavy metals really should be landfilled.' Scharff also believes measuring outputs instead of inputs, as the Commission proposes, will be difficult to do in practice. 'How can you measure what percentage of the plastic exported by the Netherlands is actually used in the manufacture of a Chinese bucket?'

David Palmer-Jones of FEAD has several suggestions for improving the proposed package. First, there must be a real market for secondary raw materials. This can be achieved with measures such as a required minimum percentage of secondary raw materials in products, high taxes on primary raw materials, extend producer responsibility and compulsory green procurement. ‘These measures will get large quantities of recycled materials onto the market and create a big demand for recyclates’, says Palmer-Jones. 'At the moment we can sell these materials in Asia, but in future Europe may have need of them.' Other improvements he wants to see are fair competition on the waste market between private and public sector parties, private investment in waste management infrastructure (43 million euros are needed in the period to 2020) and a policy framework for the circular economy.

According to Jan Thewissen of Shanks, an active member of the European waste management community, the targets are revolutionary, particularly given that a number of member states cannot even meet the current targets. 'In the Netherlands we took a long time to make the transition from landfill to incineration and build up a recycling infrastructure. Those countries that have not done that yet are going to face a considerable challenge.'

The new 'municipal waste' category in the directives is already problematic for the private sector. According to the Commission this separate definition is needed for the proper implementation of the directives. Palmer-Jones of FEAD takes a different view. 'Should waste from a hotel be classified as municipal waste? No, because it is linked to a business. The Commission should leave this type of waste for the market to deal with.'

END_OF_DOCUMENT_TOKEN_TO_BE_REPLACED 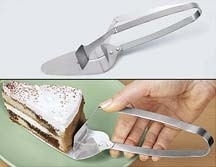