The former European commissioner for the environment has criticised his successors for withdrawing ambitious plans to put the region at the forefront of the circular economy movement.

Janez Potočnik, the architect of Europe’s circular economy strategy, said it was a mistake for new president Jean-Claude Juncker and Frans Timmermans, the commission’s first-vice president, to withdraw the legislative package, despite their promise to reintroduce a more ambitious plan later this year.

Speaking after winning an award for his leadership in driving the circular economy, Potočnik, now co-chair of UNEP’s International Resource Panel, said valuable time had been lost and that any new proposal could become mired in political disagreements.

While Potočnik refused to comment on whether Juncker and Timmermans had bowed to pressure from conservative trade association BusinessEurope, which had argued the package would inhibit competitiveness, Potočnik was blunt in his criticism: “They could have kept it on the table and improved on it and we would not have lost a year. It would have been more credible if they had not withdrawn the package.

“I don’t know why they did it, but it was really something I would never do. We systematically built the proposal, taking into account all the stakeholders.

“It was ambitious and over-arching and holistic, so I cannot now say what I would like to see in the proposal this year. I will carefully follow and hope they will be able to deliver something.

“Any new proposal will still need political agreement and that is not the easiest thing. The previous package had the commitment of the whole commission.”

Potočnik reiterated that the package, which included an 80% recycling target for packaging by 2030 and a ban on sending recyclable materials to landfill by 2025, had been put together over a four-year period. It involved high-level ministers of various European member states, the European parliament, 10 CEOs from major companies, environmental economists and representatives from civil society.

Despite the setback, Potočnik believes the work that was put into the original proposal has not been lost because its development has created a groundswell of support that will create change, even without legislative support.
Advertisement

“We have to fundamentally rethink the economic model,” he said. “The message is that it is possible to create opportunities. We are living in the 21st century of fragility. The responsibilities we are all carrying individually and collectively are totally different from someone who was living on this planet even 50 years ago.

“Humans are part of nature, but we behave like an invasive species. The circular story is one that cannot be removed from an agenda any more. It is a movement that cannot be stopped.”

Potočnik brushed aside criticism from those who believed the package had focused too much on waste and recycling rather than on measures that would eradicate waste in the first place, such as making product design more sustainable.

“Sustainable design was in the process,” he said. “We started from the legally-binding review of all the waste regulations, but on top of that we proposed everything that went far beyond just waste or resource efficiency.

“We were aiming to create a Europe without waste and stop land filling. Because we are import dependent, we also see resources more and more as an important part of cost structure, and the circular economy would help deliver an answer to how we would keep our competitiveness globally high and industrial companies in Europe.”

Andy Doran, sustainability director of US aluminium manufacturer Novelis, also expressed disappointment in the withdrawal of the package especially given the support it had received from many progressive businesses. “The package was not perfect, but you don’t throw the whole thing out. It will come back, but I am not confident it will be better,” he said.

The EU-wide Alliance for Beverage Cartons and the Environment wrote an open letter to Timmermans ahead of the withdrawal of the package, stating the case for tougher recycling standards: “From our specific point of view, to stop or withdraw the proposal at this point risks exacerbating a trend we see towards fragmentation of packaging waste producer responsibility schemes.”

However, Ellen MacArthur, who through her foundation is seeking to mainstream the circular economy, is putting a positive spin on the withdrawal of the package. She said: “Very positive things will come from a review of the package. When something is put together by the environment part of the commission there is always a risk that it will be viewed through that lens, rather than an economic lens. We have to look at the end game and withdrawing it is possibly the right thing if it brings together the right people and the right thinking.”

Ida Auken, Danish politician and the country’s former environment minister, also takes a more optimistic view, arguing that it would be better if the package was centred around the idea of economic innovation rather than a green initiative. “I want to look at this as an opportunity to really get the circular economy rooted in business, competition and innovation policies, and not solely seen as an environmental issue,” she said. “People can feel disappointed and upset, but this is a big opportunity and now the political work begins.”

END_OF_DOCUMENT_TOKEN_TO_BE_REPLACED 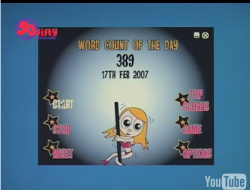