Is there a serious problem with coffee capsules?

The German city of Hamburg has banned coffee pods from state-run buildings as part of an environmental drive to reduce waste. Should others follow suit, asks Chris Stokel-Walker.

First there was the coffee bean, then the instant coffee jar, and then expensive coffee shop drinks on the go.

In the past decade or more coffee drinkers worldwide have adopted a new method of getting their daily jolt of caffeine - the coffee capsule machine, in which small plastic or aluminium pods capped with foil or filter paper containing coffee grounds are put into a machine that fills a cup quickly with palatable coffee.

But increasingly the single-serving coffee pods, which Nespresso first sold in 1986 in four flavours, are attracting critics who say they are an environmental menace.

As part of a guide to green procurement, the German city of Hamburg last month introduced a ban on buying "certain polluting products or product components" with council money. The ban includes specific terms for "equipment for hot drinks in which portion packaging is used" - specifically singling out the "Kaffeekapselmaschine", or coffee capsule machine, which accounts for one in eight coffees sold in Germany.

"The capsules can't be recycled easily because they are often made of a mixture of plastic and aluminium," adds Jan Dube, spokesman of the Hamburg Department of the Environment and Energy.

The complexity of the packaging - often a mix of different materials - combined with the dregs of organic waste from unused ground coffee sitting in the bottom of the pod makes them difficult to process in standard municipal recycling plants.

There are other issues. "It's 6g of coffee in 3g of packaging," says Dube. "We in Hamburg thought that these shouldn't be bought with taxpayers' money."

Jens Kerstan, Hamburg's senator for the environment, said that the move, which is part of a bigger environmental drive, sends out an important signal. "With a purchasing power of several hundred millions of euros per annum, the city can help ensure that environmentally harmful products are purchased less frequently."

It's not just German politicians who feel this way. One in 10 Britons polled by Harris Interactive for The Grocer, a supermarket trade magazine, said that they believed "coffee pods are very bad for the environment." At the same time, 22% of those asked said they owned a machine.
Image copyright Getty Images

It's 40 years since Eric Favre, the inventor of Nespresso, first developed the coffee pod, and 30 years since the first machine was released. By one count, 254 separate patents reference Favre's original design for "a capsule containing a substance for making up a drink using an apparatus". As recently as last year Lavazza, a coffee manufacturer, submitted its own patent for capsule technology.

Coffee pods make up one third of the €18bn (£13.9bn) Western European coffee market, according to Ross Colbert, an analyst at Rabobank - and while the coffee market in general is growing at 1.6% a year, capsule sales are outstripping them, growing 9% a year since 2011.

According to analysts, in the last year more than £112m-worth of coffee pods were sold in the UK, up by a third from 2014. Sales are expected to treble by 2020, at which point coffee capsule sales could overtake those of tea bags.

"They've been very disruptive to coffee and the way people drink coffee," Colbert says. "It allows a consumer to stock their pantry with enough variety to satisfy a family or social gathering, and always have something new to try. Some people get bored drinking the same coffee day after day."

But according to Colbert, "sustainability concerns have probably had a dampening effect on growth" in the coffee capsule sector. Even John Sylvan, the inventor of the K-cup single-serving coffee pod, America's biggest selling capsule, last year foreswore his invention. "I feel bad sometimes that I ever did it," he told one journalist.


Others share his concern. "We're doing our best in society to reduce greenhouse emissions, and in many ways we're making progress, but in certain ways we're going back 20 or 30 years," says Doug Leblanc, a coffee shop owner from Nova Scotia, Canada. "Making coffee in plastic pods that go in the garbage? There are other ways to make coffee that are better and have less impact on the environment."

Leblanc is one of the people behind the Kill the K-cup campaign. With a local film studio, the campaign produced a spoof monster movie last year in which a giant made of plastic coffee pods runs roughshod over a city. In Leblanc's hometown of Halifax, he believes, 200,000 or more capsules have been kept away from landfill by convincing residents to take their coffee in a different manner.

Yet coffee makers claim they are working to increase recycling of their capsules. The BBC contacted the makers of the four most popular capsule machines in the UK: Bosch, who make the Tassimo, Nescafe, who make the Dolce Gusto and Nespresso, and Phillips. Phillips refer to their machine - the Senseo - as using coffee pods, but these resemble teabags and are biodegradable.

Phillips and Bosch referred the BBC to the companies who produced their pods, who did not respond.
Image copyright Dolce Gusto

Nespresso said Hamburg's decision allowed them "to highlight the growing recognition of the vital importance of being sustainable in everything we do".

The company runs its own recycling programme, where it picks up used capsules for reuse. A company spokesperson said that it has in place the capacity to recycle over 80% of used capsules, with 14,000 dedicated capsule collection points in 31 countries, and it is aiming to increase this to 100% by 2020.

In Germany, many recycled capsules end up being used to make components for the automotive industry. The Nespresso spokesperson said: "We are frequently asked whether individual portions and the use of aluminium contradict sustainability - in our opinion, the opposite is the case."

They added that portioned coffee was a method to reduce water and coffee waste, and reduced the carbon footprint per cup.

"We commit to also doing more in terms of looking at new and increased ways to communicate to consumers," the spokesperson added, "making sure the messages around where and how to recycle - and the value thereof - are heard and understood."


Leblanc has his own suggestion to encourage recycling coffee pods: "We've put a deposit on pop and beer cans and bottles forever, so people return them and they can be dealt with appropriately," he says. "There's nothing like that on coffee pods."

An environmental analysis carried out by Quantis, a research company, for Nespresso found that around a fifth of the capsule's impact on climate change came from its packaging including production, assuming it were recycled properly. The analysis claimed that aluminium - used by Nespresso in its capsules - has less impact on the environment than comparable competitors, using plastic, starch or polylactic acid pods.

But that's missing the point, according to Piotr Barczak, waste policy officer at the European Environmental Bureau. "The point with coffee pods isn't about recycling - it's about cutting down on the amount of stuff that we need to throw away or recycle," he says.

"Recycling should be the last resort when tackling waste, not the immediate solution," he adds.

There are novel alternatives to the plastic and aluminium coffee pod on the market. Eason Chow, a Singapore-based designer, proposed replacing the plastic cup with dissolvable sugar, much like a gumball. "The amount of packaging wastage is shocking," he said.

Last year Caffe Vergnano, an Italian producer, developed its own biopolymer capsule that can compost down naturally. And the Honest Coffee Company of New Zealand makes 100% biodegradable capsules made from plant-based fibres that are compatible with Nespresso machines, and compostable.

"Some companies are moving in the direction of making them compostable, but they're not the big companies," says Leblanc. And for good reason, reckons Rabobank analyst Colbert: "As long as the market is growing the way it is, the pressure to offer more sustainable alternatives may not be as great as it could be."

END_OF_DOCUMENT_TOKEN_TO_BE_REPLACED 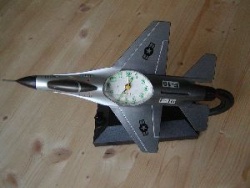