A European Environment Agency review of member states’ waste prevention plans has indicated that there is “substantial room for improvement”, with most lacking effective measures.

The 20 programmes adopted by the end of last year varied widely in their scope, duration and stringency, the EEA said on Wednesday. Only four specified a financial scheme for waste prevention and 11 a quantitative prevention target.

“The targets range from those linked to total waste to more specific targets linked to specific sectors or waste types, and are either expressed as waste generation in absolute terms, or per person or as waste intensity,” the EEA found.

Brussels and Luxembourg have set waste prevention targets but no indicators to monitor them, while Austria, Germany, Hungary, Lithuania and Poland have set indicators, but no targets.

Under the Waste Framework Directive, member states should have adopted waste prevention plans by the end of last year. But only 16 member states did so by the deadline, as well as Scotland, England, Wales and Brussels.

All the waste prevention programmes covered household and public services waste, “whereas the agriculture, and mining and raw material sectors are only included in eight and six programmes, respectively”.

The circular economy package tabled by the last European Commission and withdrawn on Tuesday did not contain major legislative proposals on waste prevention, except an aspirational 30% goal on food waste.

The MEP leading work on the file has said waste prevention provisions should be added and many member states have also indicated they would like more focus on prevention, including through better product design.

END_OF_DOCUMENT_TOKEN_TO_BE_REPLACED 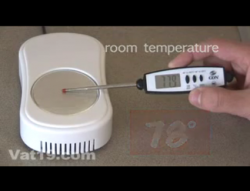