We're all losers to a gadget industry built on planned obsolescence

The current model for electronics ownership means technology companies have no incentive to provide better products.

It’s hard to deny that the smartphone has in part changed the world in favour of consumers. It helps us avoid expensive SMS costs thanks to online messaging apps, undercut taxi and hotel companies with the likes of Uber and Airbnb, and generally serves as a remote control to the sharing economy.

But when you shift the focus from what our devices help us access to how we access the devices themselves, the picture is less rosy.

Once we own a new device, we often can’t replace its batteries or take it to an independent repair shop for a simple fix. In fact, proprietary screws on Apple products often prevent us from opening Apple devices at all. It’s standard practice for companies to plan obsolescence into their products — including by introducing software upgrades that aren’t compatible with existing hardware — and they simultaneously profit from the fact that the average laptop has a high likelihood of breaking within 3-4 years.

Equally, while the smartphone is a device that’s intended to be taken everywhere — the pub, the loo, on a run — it is fragile and desirable enough to be rendered useless with just a few drops of water or an opportunistic thief. All this leads collaborative economy expert Rachel Botsman to ask: why is it consumers who take on all the risk?

“It’s almost unbelievable that consumers haven’t stood up and said the planned obsolescence of the gadget industry is absolutely obscene and not serving them,” says Botsman. “But it’s because no one has yet cracked a subscription model to electronics that takes the responsibility away from the consumer and puts it on the company to provide better products.”

Consumers aren’t the only losers here, the environment is too. Due to a lack of clear economic incentives and methods, globally only 12% of smartphone upgrades involve older devices being sold or traded for the new one. This means ecologically damaging devices end up languishing in drawers and eventually landfills.

There are, of course, reasons behind the status quo. Manufacturers claim that consumers place a premium on elegant devices, which means manufacturing slimmer (and thus, more breakable) screens. In addition, putting in batteries that aren’t removable is often a risk-mitigation tactic by manufacturers who want to avoid consumers breaking their devices while trying to change the battery.

Extended producer responsibility laws — which oblige producers to take some responsibility for the afterlife of their products— exist at the EU level, but according to Stéphane Arditi, policy manager for products and waste for the European Environmental Bureau (EEB), the “finer details” of enforcement are left to the national level. This means that schemes vary widely across national supply chains and manufacturers, often confusing consumers.

While manufacturers such as Apple have introduced buyback schemes for iPads and iPhones in the UK and US — and smaller companies such as Gazelle in the US and Mazuma in the UK offer consumers a third-party trade-in service— these projects are voluntary on the part of consumers. In other words, phone manufacturers remain the clear beneficiaries of this ownership equation.

“If we look at what we can do to change the situation, it’s a matter of us trying to set rules that say, for example, batteries should be removable whether by end user or repair shop,” says Arditi. “But we also need to think about a new business model: if it was identified that changing some select parts of the computer could boost the performance without getting rid of the screens and plastic casing, a manufacturer would still get business from upgrading the device.”

A recent report by the Green Alliance presented six circular economy models for gadgets and electronics ownership. Dustin Benton, the main author of the study, says the model that’s most conducive to rental or leasing is the cloud offloading model.

From the consumer’s perspective, this would involve paying for a bundled service package that provides a device, software, 3G, wifi and a minimum battery life. If any part of those agreed service commitments weren’t met, ie the hardware was damaged, the provider would replace it. In addition, “offloading tasks to the cloud means older hardware can be used, including secondhand devices”.

Benton adds that, in practice, this mass redistribution model would mean that manufacturers could refurbish phones no longer wanted by premium, developed-world consumers and resell them in developing and emerging markets. Though Apple has not confirmed this, the Green Alliance report notes this is likely already happening with secondhand Apple products in India.

“I’m not sure yet whether the market has tipped into designing devices to be sufficiently robust for second hand use,” Benton says. “But what we’ve seen from other markets like automobiles is that where companies have a business incentive to keep valuable things in use for a long period of time, they do so and that’s obviously good for the environment.”

Even if the business model and legislation catches up, there is one more hurdle: consumer attitudes towards these precious objects. Our phones, laptops, and tablets can contain the most intimate details of our life and work, and many consumers are reluctant not to fully own their device.

However, from a software perspective, renting a laptop instead of owning one is increasingly feasible. With companies and services such as Dropbox, iCloud, Netflix and Spotify, many people don’t actually need to store anything on their computer or devices locally. In theory, all someone needs is their various logins to make one device look identical to the next. Botsman predicts this broader shift in how we use and view our devices will be a boon to a rental or subscription model of the future.

“We’re still in an age where we’re so enchanted by the object itself that there’s an aspiration to own it and a stigma to rent it,” Botsman says. “But that’s going to change really fast as we start to give up our relationship to these physical objects and accept they are just vessels or carrying devices to access the cloud.”

END_OF_DOCUMENT_TOKEN_TO_BE_REPLACED 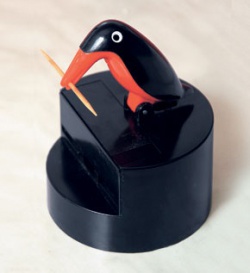