The FTC has warned 15 ‘bio-friendly’ plastic bag companies over deceptive advertising – but will it have any impact on the dubious disposable plastics industry?

Store aisles are littered with nebulous descriptors of vague environmental claims. Increasingly, however, the US Federal Trade Commission is asking these companies to show the science behind their adjectives – or keep mum.

After launching detailed recommendations for environmental marketing in 2010, the FTC brought a raft of enforcement actions against plastic and paper companies last year, alleging deceptive marketing in the use of the term “biodegradable”.

Last month, the FTC sent warning letters to 15 additional marketers, informing them that their claims “may be deceptive”. The FTC also requested “competent and reliable scientific evidence proving that their bags will biodegrade as advertised”. This time, the term of offense is “oxodegradable”, implying the bag will break down in time when exposed to oxygen.

Though the names of the companies have not been released by the FTC, all are said to market traditional plastic products that have been amended with additives –metals, typically – intended to break the bags down in the presence of oxygen. As many bags are dumped in the low-oxygen environment of a landfill, the FTC has said those advertised benefits are dubious.

Worse still, since the bags are mainly composed of polyethylene or styrene, the bags remain hazardous to marine life should they eventually disintegrate in the oceans, said Joseph Greene, department chair and professor in the department of mechanical and mechatronic engineering and sustainable manufacturing at California State University, Chico.

“I’ve been telling these companies – and they don’t like this very much – but the ‘oxo-degradable’ label should be changed to ‘oxo-fragmentable’,” said Greene, author of the newly published book, “Sustainable Plastics: Environmental Assessments of Bio-based, Biodegradable, and Recycled Plastics”.

“The plastic is not degrading, it’s fragmenting,” Greene said. Over time, as opposed to breaking down into less hazardous organic components, these plastic products break down into lots of small, equally toxic bits.

Greene wrote in Sustainable Plastics that analysis by the Society of Plastic Industry itself found them unfit for degradability claims. According to a 2013 SPI position paper, the additives “were not found to result in biodegradation of the plastic, fragmentation is not equivalent with biodegradation, oxo-additives do not reduce litter, and accumulation of plastic fragments can cause risks to the environment”.

The FTC’s war on bogus environmental claims got underway with an educational push aimed at industry managers in 2009 and the creation of recommended guidelines for acceptable language use in 2010, updated in 2012.

Last year, the FTC sued a gang of plastics companies for advertising their products as biodegradable due to the inclusion of a chemical additive. ECM Biofilms was sued for selling a chemical additive on the promise that it will break down plastic bags within within five years. Additionally, AJM Packaging Corporation was fined $450,000 for promoting its paper products with similar claims.

Four of those cases were settled this year, with the companies agreeing to stop making biodegradability claims until they have science on their side.

Backing up those claims may require switching production methods. A team of researchers at Ohio State University ran a series of tests on purportedly biodegradable and oxodegradable plastics, the results of which were published last year, finding that only a fraction of these materials actually broke down. The worst violators were the oxodegradables.

But will the FTC’s abiding interest have a noticeable impact on the market?

International Paper, one of the biggest players in the disposable plastics market (though not one of those sued in 2013), chose to “respectfully decline comment” for this story.

Seattle-based American Plastic Manufacturing, Inc. was among those barred from advertising its products as “biodegradable”. While language on its website complains that the plastic-bag industry has been unfairly “demonized,” they too chose not to respond to an interview request.

Also unavailable by deadline were representatives from either trade group Society for the Plastics Industry or the Manufacturers Association for Plastics Processors.

Despite these ongoing tussles over labeling, the so-called “degradables” market is a burgeoning behemoth, according to LEK Consulting, a global management consulting firm. In a June white paper on sustainable packaging, two LEK authors promise a “coming degradable packaging revolution”.

Already, sustainable packaging enjoys a $27bn market, with an annual 4% growth rate, according to LEK.

The plastics additives market is also predicted to grow from $41.4bn in 2013 to $57.8bn by 2020, according to trade publication Environmental Leader. This despite the recent FTC lawsuits and growth being “dampened by strict government regulations,” the Leader writes.

While Greene favors corn-based PLA plastics an an alternative to the “oxodegradable” formula, a 2008 Guardian study found that such “bioplastics” still have the potential to increase emissions of greenhouse gases in landfills. John Vidal wrote at the time that the appropriation of food crops for bioplastics – corn, especially – was exacerbating the global food crisis.

Ultimately, Greene asserts, what is lacking are strong guidelines to steer the multi-billion-dollar industry. “We need universal guidelines, consistent guidelines from state to state, otherwise these companies will go to the state of least resistance … or to Mexico, which is trouble for everybody.”

END_OF_DOCUMENT_TOKEN_TO_BE_REPLACED 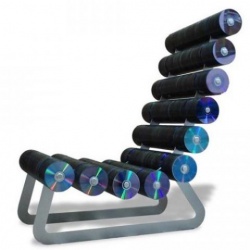